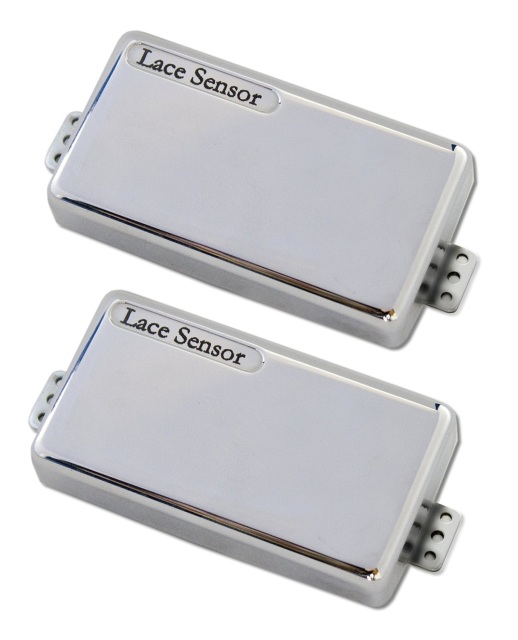 SKU: 11164
£299.99
£249.95
£249.95
Unavailable
per item
​This combination is very popular among several players on the Lace artist roster, offering bold and thick neck pickup tones and searing, tight, aggressive bridge pickup tones, while maintaining high output and a balanced, but versatile EQ curve. If you to play louder and heavier than everyone else, this is the place to start.Drop of Nitro Set for Rock and Heavy Metal Guitar PlayersOur Nitro Hemi pickup set drops you directly into the field of battle armed with high gain output and life-taking tone. The aggressively brilliant midrange of the Nitro Hemi's facilitate an articulate and responsive picking attack along with bold crunch and punch. Chunk is reinforced with lows that are rich with tonal depth and character. Highs chime and scream in the bridge pup and wail and moan in the neck. Far from a one trick pony, the Lace Nitro Hemi is modern, high gain metal tone redefined and redesigned with NO F***ING BATTERIES!


The Drop & Gain pickup set is specifically designed for use with heavy, high-gain music that requires drop tunings. A common complaint amongst the more discerning of these pitch punishing pioneers is that the low end definition gets lost. So in-house tone wizard, Jeff Lace ciphered an industry-first solution. Create a low noise humbucker with discreet coil functions-one to drive output and the other to pull out articulation. The result is all the punch, crunch, sustain and fast articulation a metal music fiend could ever want! The neck pup features a fat, over wound tone that’s guaranteed to put a joker-sized smile on the devil himself. Bring the pain with the Drop & Gain! Again with NO F***ING BATTERIES!